The standard operating procedures (SOP) of modules and teams play an important role in effective response to disasters. Over the last years, the Union Civil Protection Mechanism has developed in numerous ways. Progress has been made in developing SOPs with the aim of further improving interoperability and coordination of modules and teams. Despite this development, EU Module Exercises and operations have shown a deficiency in the consistency of SOPs. Moreover, the quality of the SOPs within the mechanism varies significantly. This leads to low utilization of SOPs and may lead to ineffectiveness of response missions. All this hinders smooth cooperation between modules and teams.

In international disasters involving a wide array of international teams and experts, the SOPs should be comparable, coordinated and of adequate quality. The goal of the project is to give recommendations to and improve SOPs of modules and teams registered in the UCPM Communication and Information System (CECIS). The project aims at harmonizing the existing SOPs by improving the already existing SOP guidance document, promoting it, and creating a common SOP template that enables the introduction of consistent, relevant and appropriate SOPs for all UCPM modules and teams. The development work is based on a thorough review of the existing SOPs, guidelines and practices, as well as a comprehensive needs analysis. The results of the project and information on the launch of the template will be disseminated within the UCPM in the framework of Modules Working Group, Civil Protection Committee, Civil Protection Forum, and Disaster Management Training Network.

The outcome of the project, a common template that facilitates the writing of SOPs, will lead to coordinated and higher quality SOPs. Consistent SOPs improve cooperation in exercises and missions. The project thus contributes to the improved functioning of the Mechanism and the Union’s ability to efficiently respond to future disasters.

The Assessment Workshop was held on 11 – 13 June 2018 in Oberwinter, Germany and was attended by 22 civil protection experts from around Europe. The aim of the Workshop was to review the current state of the SOPs and the existing guidelines. The result of the Workshop, SOP guidelines for the project, will be finalized in the second Workshop in Portugal in November, and tested in a pilot training in Finland in April 2019. The workshop provided a good foundation for the subsequent project activities. The workshop as well as the general discussion about the role and relevance of SOPs was welcomed by all participants, which was also highlighted in their feedback. The participants expressed their willingness to remain integrated in the project and to review the products. 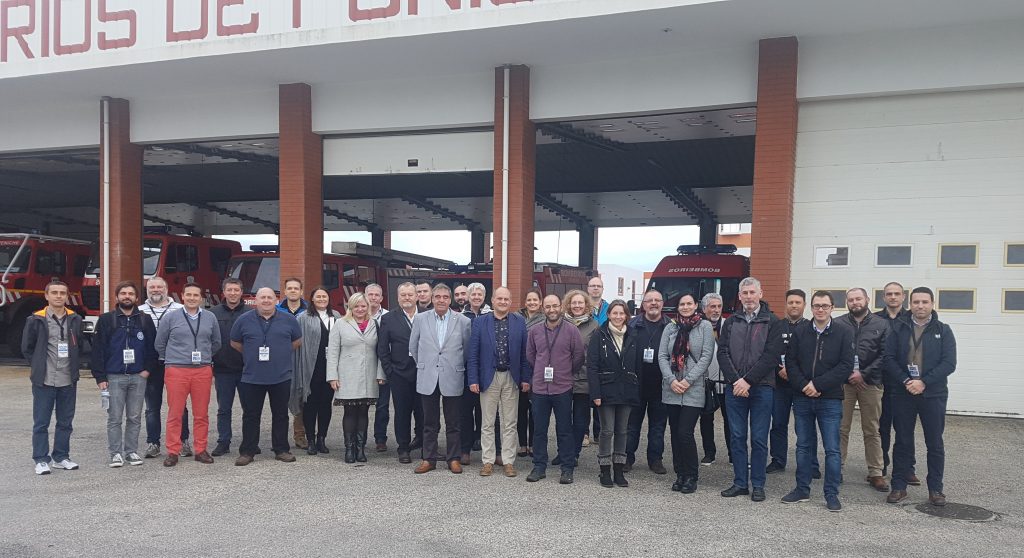 The development work of the SOP template, the staring point of which was the Assessment Workshop, was continued in the Expert Workshop, which took place in Peniche, Portugal on 28 to 30 November 2018. The workshop was attended by 32 experts from 19 Mechanism Countries.

The workshop built on the results of the Assessment Workshop and consisted of separate working groups. Each project partner was in charge of one theme and of implementation and reporting the respective working groups:

The three theme reports of the results of the working groups were submitted to the Commission after the workshop. The report descriptions and remarks of the chapters and subchapters of the SOP template added to the content already outlined before the workshop. 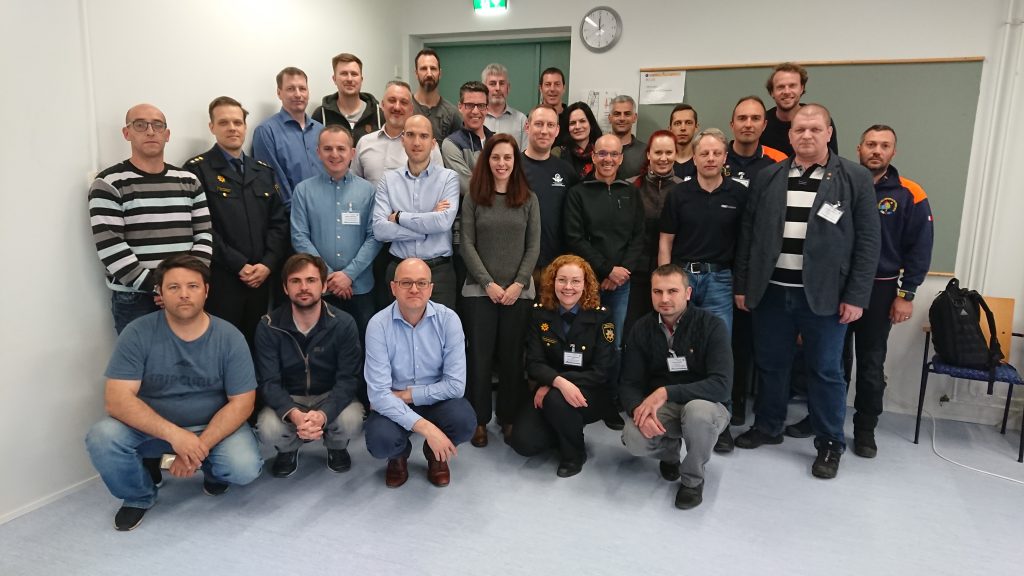 The Pilot Training took place in Vantaa, Finland, on 9 to 11 April 2019. The three day (lunch to lunch) course consisted of plenary sessions, group work, a half day Table Top Exercise, and a feedback and evaluation session.

The first day of the training focused on using the electronic SOP template.

The second day started with a group work focusing on the usability of the electronic template and other findings that the participants have from using the template. This was discussed in three groups.

The afternoon of the second day was dedicated to a discussion based Table Top Exercise. The participants were divided into three groups which were given different situations that may occur before, during or after a deployment. The cases were given to the groups one at a time. The idea was that each participant should be able to find procedures to handle these situations from their recently written SOPs and describe them to others. After the TTX, a hot wash up was done in groups. The groups discussed what went well, what would need improvements, and how did their SOPs support them in the situations encountered.

The third day of the SOP Pilot Training focused on evaluation and feedback. The participants discussed their findings from the TTX together with the whole group, aiming to extract final improvement points for the template.

The idea of developing a common, electronic SOP template was warmly welcomed by training the participants, and it seems clear that there has been a need for this project.

In the discussions the need to integrate the template to the UCPM training/exercise system and ERCC was brought up. The participants agreed that the template will give the users an opportunity to enhance interoperability and cooperation between teams in the field. It is still unclear, however, who will host the platform after the end of the project, and some concerns were expressed on the application of the platform in the future and the role of ERCC.

The training was considered successful by both the organizers (project consortium) and the participants. The group was strong and diverse, and the participation to the discussions and group work was active. The discussions were fruitful and the objectives of the training were reached, if not exceeded. As and outcome, 22 experts from UCPM countries attended the training and enhanced heir understanding of SOPs in general and the SOP template in particular. The training provided a good platform for testing and further developing the SOP template. Furthermore, the SOPs of the participants were updated using the template, cooperation improved, and exchange of best practices and lessons learned took place.

After the pilot training, the project team at Emergency Services Academy Finland assessed the training discussions and feedback, which included incorporating the lessons learned to the development work of the template and making the necessary amendments to it.  ESAF forwarded the findings of the pilot training to the technical developer of the template, who made the amendments accordingly whenever possible.

The final version of the template and guidelines to its use were published online in September and information on the template was distributed among the Mechanism Countries.

This website uses cookies to improve your experience while you navigate through the website. Out of these cookies, the cookies that are categorized as necessary are stored on your browser as they are essential for the working of basic functionalities of the website. We also use third-party cookies that help us analyze and understand how you use this website. These cookies will be stored in your browser only with your consent. You also have the option to opt-out of these cookies. But opting out of some of these cookies may have an effect on your browsing experience.
Necessary Always Enabled
Necessary cookies are absolutely essential for the website to function properly. This category only includes cookies that ensures basic functionalities and security features of the website. These cookies do not store any personal information.
Non-necessary
Any cookies that may not be particularly necessary for the website to function and is used specifically to collect user personal data via analytics, ads, other embedded contents are termed as non-necessary cookies. It is mandatory to procure user consent prior to running these cookies on your website.
SAVE & ACCEPT
Accessibility
cancel accessibility
Accessibility Statement